High-end brands are becoming so once again, starting with a rise in prices at Hermès.

The French company will increase the prices of its products, including handbags, shoes and accessories, by 3 to 10% from Tuesday, just one year after the last increase.

The move is in line with its global strategy, Hermes explained, as the company raised prices in Europe from Jan. 1.

Rolex, the Geneva watchmaker, raised the prices of its models on January 1, the first price hike in two years. The Rolex Submariner now costs 11.42 million won, up 15.9% from 9.85 million won, and the price of the Submariner Green, the so-called “Starbucks” because of its color, rose 16.4% to 13.57 million won.

Chanel and Louis Vuitton have made a habit of raising their prices and may do so again soon. Chanel increased its prices four times last year, Louis Vuitton five times. 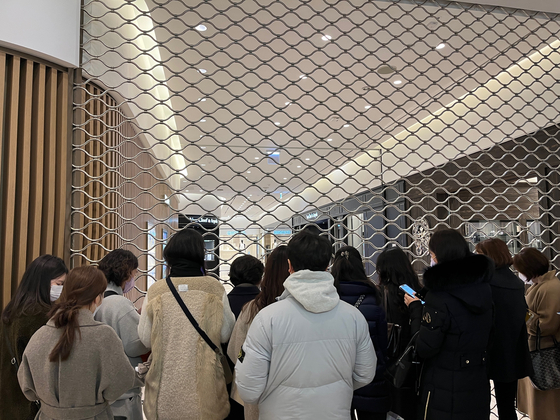 Premium brands claim that price increases are inevitable due to rising raw material and labor costs, as well as exchange rates.

Despite price changes, demand for luxury goods is still high in Korea, with customers lining up in front of stores even before opening time. The size of the national luxury goods market is estimated at $ 14.2 billion last December, according to market tracker Euromonitor International.

Global companies are using the Korean frenzy in their marketing strategies. Some brands only give customers who have already purchased the company’s product before, or provided they purchase a number of other items, the opportunity to purchase their products.

To purchase the Hermes Birkin bag or the Kelly bag, a person in Korea has to spend around 40-100 million won on other products, such as diaries, blankets, and plates.

Buying luxury bags has become a type of investment for speculators in Korea as they can profit from reselling the products after the prices rise. A Hermes Birkin bag can be sold for 5-20 million won above retail in the resale market.

Press conference and showcase on outsiders and ...