As China’s leading research organization for ancient textiles and modern fashion designs, the National Silk Museum of China has exhibited more than 5,000 garments and fabrics in cooperation with national arts organizations over the past 10 years.

Today, two ongoing exhibitions, co-sponsored by the China Academy of Art, feature 114 garments and 150 vintage hats, giving visitors a comprehensive picture of how the fashion industry has developed throughout history. .

“This year the museum will launch a new mode of exhibition that integrates the fashion industry with embroidery. The focus is on the exhibition of embroidered objects to explore the practice of ancient craftsmanship on modern patterns “said Chen Baichao, curator of the two exhibitions. . “Along with the rise of guochao – a movement that celebrates Chinese designers’ emphasis on Chinese culture and the evolution of the fashion market – we hope more domestic brands will transform traditional craftsmanship into avant-garde designs. It is a form of long-term sustainable development. “

The dresses in the first exhibition are on loan from more than 70 designers, embroiderers and organizations, showcasing reinvigorated Chinese embroidery and the potential market for centuries-old crafts.

Some works have been inspired by Chinese ink wash paintings and poetry that embody the peaceful inner world of ancient scholars.

Xiong Ying, founder of the national brand Heaven Gaia, was inspired by “The classic of poetry” or “Shijing”. As the oldest extant collection of Chinese poems, it contains eulogies and hymns in homage to herbs and flowers.

Xiong designed the dresses with layers of gauze embroidered with sophisticated herbal patterns. As the models wearing the dresses strut the catwalks, the gauze rises in the air.

A Chinese Imperial-style dress designed by Zhang Yahua features phoenix designs and ornate peony designs as well as traditional auspicious clouds. Such models were exclusive to the Empresses as they represented supremacy in ancient times.

Now such an ornate dress is commonly seen at weddings. Chinese brides prefer to wear a phoenix-embroidered ceremonial wedding dress rather than contemporary western attire.

A dress designed by Guo Pei is emblematic of this phenomenon.

As a famous high fashion designer popular with Chinese actresses, Guo adapted an ancient Chinese wedding dress to design a dress with hems in the shape of a phoenix tail, a pinched waistline emphasizing the curves of the woman’s body, and a full skirt extending below the ankles.

Compared with ordinary embroidery styles of the Yangtze River Delta region, the embroidered patterns in Ma Yanli’s designs use brightly hued yarn and brocade from the Yi ethnic minority, which are distinguished by red and white thread outlines. .

She took inspiration from the culture of ethnic minorities and added a modern aesthetic and fashionable elements to a series of dresses to showcase the dynamic lifestyles of the new era. 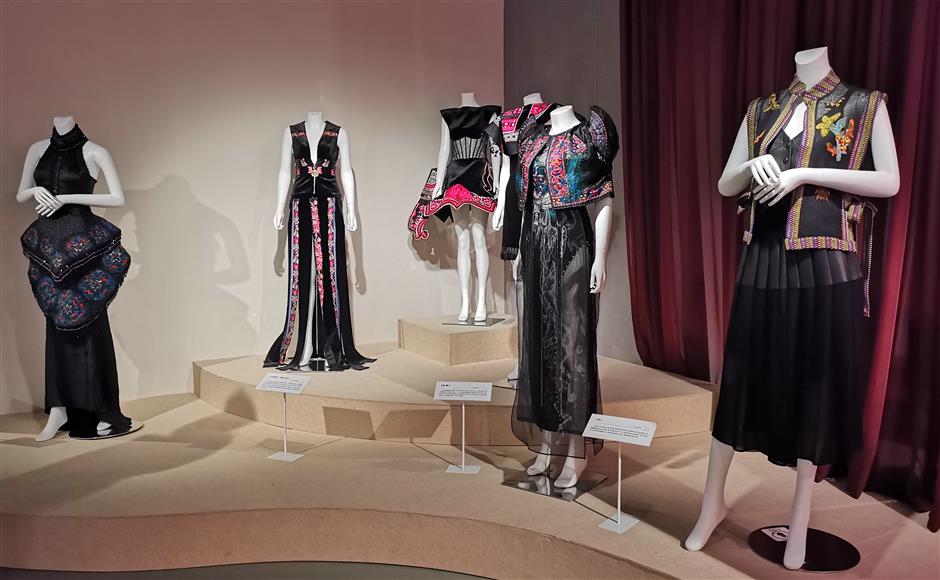 Silk has always been a conventional fabric suitable for embroidery. It exhibits lightweight and breathable properties often used in summer clothing. Today, expensive silk is still popular among domestic and foreign consumers.

In Guangdong Province (southern China), there is a variety of transparent silk that is considered high-end that people call “aromatic cloud”. Glitzy gauze is also referred to as “soft gold” because of its tedious manufacturing process, high price, and limited production. Du Qingnan used gauze to design a qipao sewn with golden patterns.

The second exhibition features vintage hats from Western countries of the 19th and 20th centuries, when hats played a central role in people’s outfits. At that time, hats had social significance beyond keeping people’s heads warm. Especially for women, an exquisite hat often symbolized her social status and wealth.

Feathers have long been used in the design of hats. However, the 19th and early 20th centuries saw feathers even more commonly used since crafting skills peaked at the time. 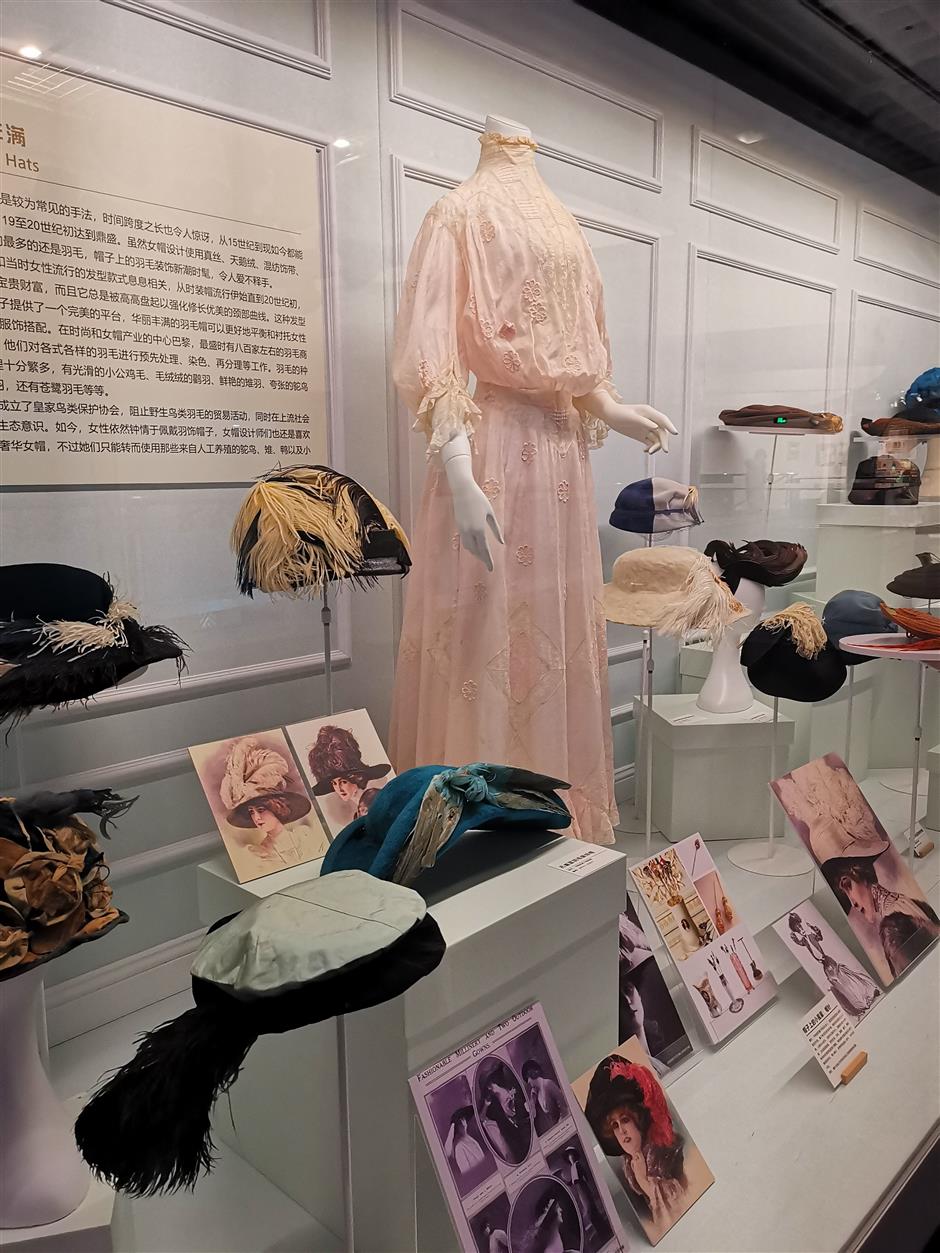 However, the situation changed dramatically when World War I broke out. This extravagant style has gradually diminished since women began to seek independence and liberation under the influence of Art Nouveau.

A sort of fitted bell-shaped cloche hat was created in 1908, with its name derived from the French word for “cloche”.

The popularity and influence of cloche hats was at its peak at the start of the 20th century. Many high fashion designers began to produce cloche hats that precisely matched their clothing designs.

The bells can be made of pearls or lace for evening wear, dancing and even bridal wear. Women often wore hats low over their foreheads, eyes slightly below the brim.

The exhibition also includes hats that embody the social status of men. 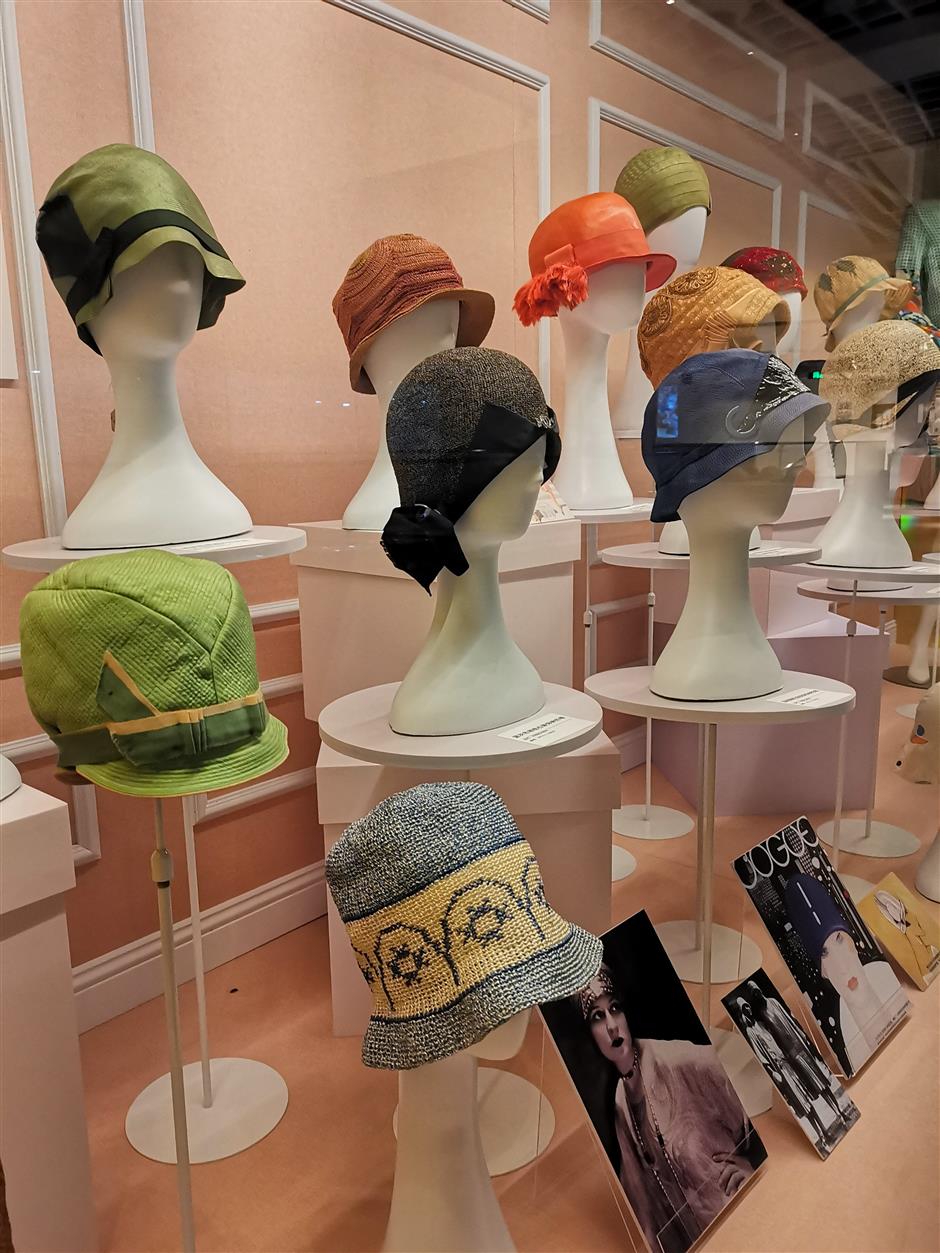 Bell-shaped cloche hats are on display. Hats were popular at the start of the 20th century.

How to Refinance an Underwater Mortgage